My journey to motherhood was a long and lonely one. I’m so grateful that I am one; being a mum is the best in so many ways. But I don’t pretend for a moment that parenting an autistic child solo is a walk in the park. It’s tough, regularly. Somehow though, despite this, most of the time we’re both thriving, finally. Thanks for reading my story on how we got here.

By the time I turned forty I had had three embryos transferred into my womb. I’d wanted to have a baby for a really long time, but, for whatever reason, I just couldn’t seem to settle into a good, strong relationship, so having one naturally hadn’t happened for me – it took me until earlier this year to work out why.

Yes, I’m that single woman—I’m sure you all have at least one or two women friends just like me. So, at thirty-nine I decided to do IVF on my own, but none of the embryos stuck. I was gutted, really devastated. But I picked myself up and resolved to give my child-free, relationship-free life the best shot I could.

And like any sensible forty-year-old, I joined a band. I figured, if I wasn’t going to have a baby, I’d give birth to my singing career. And seriously turn up the dial on fun.

Over the next three years we played at Burning Man and some other incredible festivals like Secret Garden Party and Wilderness Festival in the UK and we played at Rainbow Serpent Festival, not far from Melbourne, which was all very crazy.

The band was a tonne of fun but it was also exhausting. After three years, I was well and truly feeling too old for band life. And party life in general. So, at forty-two as the fertility door really was closing, I decided to give IVF one final try. This time, much to my astonishment, horror and phenomenal amounts of joy, it worked.

Once pregnant, I was so relieved that I’d worked really hard on my mental health for the last couple of years. Amidst the crazy band life and prior to it, I’d also made some pretty drastic changes.

You see, since about fourteen or so, I’d had periods of terrible anxiety and depression. I would often self-medicate with alcohol, pot and party drugs. The utter despair and shame that I felt during these times was often crippling.

And, like so many people who suffer in this way, most of the people around me never knew there was anything wrong. By most measures, I lived an incredibly full and satisfying life. Thankfully, counselling, yoga and to a lesser extent meditation had all been a part of my life on and off since my twenties.

Finally, about ten years ago meditation began sticking better than it ever had before. Gradually I got into the habit of doing a sitting meditation most days. I still didn’t get ‘it’ completely—the power of present moment awareness, that is. But I was at least regularly practicing it.

I still experienced times of crippling anxiety, like lock yourself in the loo, unable to face the people you’re out with type anxiety. Self-loathing, particularly on account of my ongoing single status, was still rife.

Then I travelled to India to do my yoga teacher training; ten hours a day for three weeks. I wasn’t really on some massive spiritual quest – I thought it would be good for my back! And I wanted to go to India and that’s what you do in India isn’t it?

From that moment it was truly as if a switch had been flicked. Anxiety is a thing of the past, except of course when it comes to public speaking, or dating! I have zero inner dialogue that’s self-recriminating or self-loathing. My relationships, which had at times been fraught, are so much better. From that moment, I started to experience what real peace of mind feels like.

It was then I decided to teach people about mindfulness and stress management. I was so dumb-founded that despite all the work I had done for years, no-one had explained this stuff to me effectively in plain English.

When I started my business, little did I know how much I was going to have to practice what I preach! So, here we are now. My son Harry turned six in July.  Without a shadow of doubt, becoming a parent is the best thing I have ever done. But it has easily been the most difficult, too.

I always knew parenting solo would be tough, but I hadn’t counted on it being this tough. From the get go, he was a crap feeder. Every feed was a battle. I had to be bolt upright; any distraction and he wouldn’t feed. Of course, this meant we barely left the house. I was so enamoured with him and with being a mum that I hardly minded, but, still, it was hard.

He was also colicky, and having a tiny baby, so dependent on you to make their experience of the world a good one, who is so distressed and clearly in pain, is just the shittest thing there is! Then, when he was one, he started having seizures. He had four grand mal seizures in about eight months. Thankfully, he’s had no more since.

The ‘terrible twos’ were beyond horrendous. The most full-on tantrums, I mean hour-long, crazy tantrums, all day every day, day in, day out. Then came the sleep trouble, more behaviour trouble and on it went. Spitting, kicking, biting. You name it. It was horrendous. Alongside all this, he was, and still is, the funniest, coolest and cutest kid in the whole wide world.

He is the absolute the light of my life, thankfully, since those difficult toddler years, slowly things have settled down a lot for Harry and I. First, we sorted out his food intolerances, then his sleep issues, his toileting problems, we found an amazing kindy, and to a large degree sorted out many of his ‘sensory issues’.

And then eventually we found out that my beautiful little boy is level two autistic. At least I finally understood why it has been so incredibly challenging being his mum. It’s a massive thing to wrap your head around, regardless of how philosophical you are. But over the last year and half I have completely shifted my expectations and wouldn’t change a thing about him.

He’s on his own developmental trajectory. And that’s OK! The only reason I can do this, accept him being autistic as difference instead of a disorder, is I think because I have the skills I do. The old me would never have found this peace of mind.

Ironically, the last five years have easily been the most objectively stressful time of my life and yet my mental health has never been better. Learning to be mindful and practicing meditation has had the most monumental effect on how I feel and how I live my life.

I never do guilt, question myself, or give myself a hard time. I’m exhausted much of the time but I’m completely happy. I practice what I preach because I have to. Parenting a pre-schooler solo and running a business is stressful.

Learning that my son has a disability takes it to a whole other level, but I have no inner turmoil about this. I know that if I don’t keep it my meditation practice everything is very likely to fall apart. I have no choice. But for this I’m grateful because in my mind, none of us do. None of us consciously choose to turn up in life half-heartedly. We all want to make the most of each and every moment.

And then, in March this year, just when COVID hit I discovered I too am neurodivergent. I read an article about how girls with ADHD ‘present’. Every single dot of my life joined. Problems with relationships, jobs, a terrible memory and more. Harry is also being assessed for ADHD and together we’re proud about our special brains – even though they’re hard work they make us who we are.

Now I know why learning to be less stressed, having more awareness and acceptance and being really kind to myself moment to moment had such a profound impact on my life. But everyone can benefit from this wisdom. It is how we can all bring ourselves, whole-heartedly, as much as we’re able, to turn up fully each and every day, no matter what challenges we are facing.

Those of us who are parents of kids with additional needs are more under the pump than most and it’s even more important for us to model resilience to our kids. Embodying gratitude, appreciating the real nature of impermanence and therefore savouring as many moments as possible make such a difference.

And, so, I might still be single but I feel no shame about it anymore. In reality, I can’t for the life of me begin to imagine how I might fit a relationship into my life! It will have to be one hell of a guy who’ll need to able to fit in with us, that’s for sure.

We’ll see where life goes. It’s been a pretty wild ride so far. And every day I just thank my lucky stars I’ve got the knowledge and skills I do or I have absolutely no idea how I’d manage. And that I get to inspire and educate others so that they too can experience peace of mind and limitless mental fortitude.

Susie Hopkins has been teaching people evidence-based ways to manage stress for nearly 10 years. She is the founder of Lilo Wellness and has a Masters of Public Health, a Registered Nurse and a qualified mindfulness and yoga teacher. She has also completed ADHD Professional Certificate Training and is an avid neurodiversity advocate.

Are there any signs that you might be from a neuro

Flashback to last week when these incredible mamas

Oh what a night ✨✨⁠ ⁠ Our first Source Mam

Melbourne is about to get 'Braille bombed' as Mona 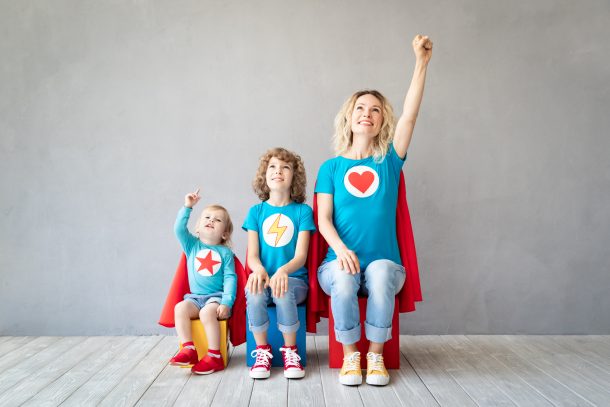